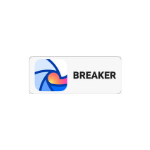 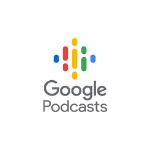 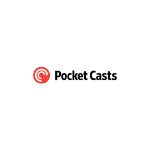 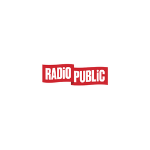 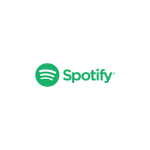 A PODCAST ABOUT CLIMBING THE MOUNTAIN OF LIFE

Introduction: Because It’s There
As the first black woman to mount the highest peak on earth that is Mt. Everest, Saray Khumalo draws a picture of her journey through a series of dramatic events that include the idea of never giving up in order to achieve personal excellence. These events culminate into a metaphor about climbing the mountain of life, and leadership.
Episode 1: Taking up space with Ms. Metsi Makhetha
In an era of #MeToo, women are proving to be resilient than ever. They are now challenging long standing partriarchy that has defined the current world as we know it. From Kamala Harris being declared the first woman to hold the position of vice president of the United States all the way to the girl child in the continent of Africa getting to know her value, WOMEN are ‘taking up space’. On the first episode Saray Khumalo connects with Ms. Metsi Makhetha, a woman who has led by example and taking up space in her chosen field. Metsi has over 25 years of experience working with multilateral institutions and leading multidisciplinary teams, supporting political transitions, facilitating development Programs, and delivering humanitarian Services. In 2016, she was appointed the United Nations Representative in Burkina Faso. In this capacity, she is the official Representative of the United Nations Secretary General and is responsible for ensuring coordination and coherence of UN operations.
Episode 2 : Keeping the dream alive with Khanyi Chaba
Holding things together whilst running the marathon of life requires us to have a spiritual bedrock in place. Our beliefs support our journeys as we keep the dream of a break through alive. On this episode, Saray Khumalo has a conversation with Khanyi Chaba about her belief system, the art of dreaming and the life sherpas in her personal and professional life. Chaba is the Head of Responsible Business at Old Mutual Limited and leads the company’s sustainable development strategy across the 13 countries in the continent. Next to that Khanyi is a seasoned marathon runner and has summited Kilimanjaro and Mt.Elbrus

Human beings have always relied on communication as a survival tool. On this episode of Because It’s There, Saray Khumalo unpacks the role of communication – as an act of call and response – by looking at the idea of Managing the feedback loop. Khumalo has a companion in Dr. Lulu Gwagwa to achieve this. Dr. Lulu Gwagwa is an accomplished business leader, development planner and philanthropist among many other hats she wears. As an academic she’s a graduate of the  University of Natal’s Planning School where she completed her Masters in Town and Regional Planning. From there Dr Gwagwa went to the London School of Economics and Political Science where she graduated cum laude with an M.Sc, and holds a PhD from University College London. More recently, Dr Gwagwa completed her Masters in Philosophy for St Augustine College South Africa.

Episode 4 : On Innovation with Jolande and Alexia Duvenage

The world is awash with innovation at every turn, but what is innovation at the end of the day if not a search for meaning ? On this episode, Saray Khumalo has a conversation with
mother and daughter, Jolande and Alexia Duvenage about their journeys in unlocking innovation within themselves. Jolande is Chief Imagineer and CEO for First National Bank’s fintech business area called NAV, whilst Alexia Duvenage is headgirl at Dainfer High School, a musician as well as an eco-warrior.

Reggie Batts shares his life journey and experience with us, a clear vision to path of success. Learn how to overcome challenges and excel forward towards your life & profession goals An International Speaker, Entrepreneur, Author, Success Strategist. For over a decade, Reggie was a top producing revenue generator for Tony Robbins and was a member of his Sr. Management team. He’s also worked closely with a host of other well-known branded names in the business. Reggie’s ultimate passion is coaching people and businesses in achieving massive results. His years of experience in management and motivating people, not only to hit their targets, but to exceed them, has earned him praise from people all over the world. As a speaker, he has shared stages with equally amazing individuals from George Ross of NBC’s Celebrity Apprentice to NY Times Best Selling Author and the partner of media mogul Oprah Winfrey, Steadman Graham as well as Steve Wozniak who co-founded.

This week on the Because It’s here podcast, Helen Clark joins us to engage the very same topic of Taking Up Space.
Helen Clark is a former New Zealand Prime Minister and a former United Nations Development Programme Administrator. She currently chairs the Boards of the Extractive Industries Transparency Initiative and the Partnership for Maternal, Newborn, and Child Health. Helen is also a Co-Chair of The Independent Panel for Pandemic Preparedness and Response mandated by the World Health Assembly to review the internationally coordinated response to the COVID-19 pandemic.

Episode 7 : The Resilience in us with Marlette De Jager

This week on the Because It’s There- Podcast, Saray Khumalo will interview Marlette De Jager. They will discuss the topic The Resilience within us. Marlette De Jager also knows as “Molly” is a professional speaker, with a passion for inspiring people about living with resilience and fearlessly achieving goals. She has dedicated the past decade to climbing the 7 summits- the highest mountain on each continent. Molly and her team survived earthquakes and avalanches at the Everest base camp while climbing the World’s Highest Mountain. Listen to this meaningful conversation. The episode is proudly sponsored by Vumatel

Episode 8 : The Playbook of Endurance with Sibusiso Vilane

This week on Because It’s There, Saray Khumalo will interview Sibusiso Vilane. They will discuss the topic, the playbook of endurance.

Sibusiso Vilane is a South African adventurer and motivational speaker and author of the book To the Top from Nowhere. An adventurer, marathon runner and mountaineer, and expedition leader, he has also served as the Chief Scout of South Africa.

In March 2003, Vilane set off the Himalayas again in his quest to be the first Black African to summit earth’s highest mountain, Everest. He submitted successfully on 26 May 2003 from the South Side. Vilane has completed all Seven Summits. In late 2007 Vilane and fellow mountaineer, Alex Harris, embarked on an unsupported and unassisted trek to reach the South Pole which, when they completed the expedition on 17 January 2008, made Vilane and Harris the first South Africans to walk to the South Pole and Vilane the black person to do so

Listen to this meaningful conversation. The episode is proudly sponsored by Vumatel.

This week on the Because It’s There- Podcast, Saray Khumalo will interview Diana Kangwa. They will discuss the topic of teamwork makes the dream work.

Diana will share various experiences from her life being a business executive and her adventures as COO / Chief Gamer at Zambia National Commercial Bank.

The episode is proudly sponsored by Vumatel.

Episode 10: The Age of Ideas with Lianne Williams

This week on Because It’s There, Saray Khumalo will interview Lianne Williams. They will discuss the topic- For the Age of Ideas.

Lianne is the Head of Marketing at Vumatel. She also has 16 years of overall experience in the financial services industry with significant experience in Loyalty and Rewards.

Listen to this meaningful conversation. The episode is proudly sponsored by Vumatel

Episode 12: When life is an adventure with Lee Den Hond

This week on the Because It’s There Podcast, Saray Khumalo will be chatting to Lee Den Hond about her journey, insights, and what happens when you say, YES!

Lee is one of two South African Everest summiteers who opened her doors to Saray and gave her the guidance that She needed. She certainly is one of those amazing women that stand on the summit holding the ladders for us all to join in the fun!

Check out the complete episode and learn the true definition of resilience.

The episode is proudly sponsored by Vumatel.